Universities of the North: what we learned 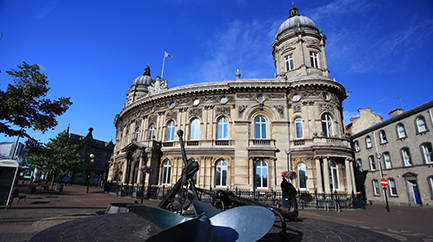 I was honoured to be asked to organise and host the landmark Universities of the North event at the University of Hull. This followed a rallying call a year previously at the University of Liverpool from Northern Powerhouse minister Jake Berry, now promoted to the Cabinet as Minister of State for the Northern Powerhouse and Local Growth, for universities to create “an Ivy League of the North” to support the ambitions of the project.

The N8 Research Partnership, an excellent collaboration of the North’s eight research-intensive universities of Durham, Lancaster, Leeds, Liverpool, Manchester, Newcastle, Sheffield and York, currently leads university engagement in that agenda. But universities of varied size and missions contribute to the economy in myriad ways, including training, entrepreneurship, business engagement and effective knowledge exchange as well as in world-leading research. The N8 embraced the opportunity for the North’s broader church of universities (there are 28 in all) to harness their collective expertise to deepen the impact of higher education on the Northern Powerhouse agenda.

An enhanced collaboration focused on a coherent and ambitious agenda could project the north as the natural location to lead the UK’s clean growth ambitions.

Around the same time, the NP11 – the 11 Local Enterprise Partnerships across the North – had been asked by Government to establish a credible and distinctive proposition to the UK economy around energy and to consider hosting a high-profile summit to celebrate its assets and expertise. So the opportunity for the universities was clear – and the potential prize even greater. An enhanced collaboration focused on a coherent and ambitious agenda could project the north as the natural location to lead the UK’s clean growth ambitions.

Hosting both the Universities of the North and the NP11 events in Hull was also sensible. The world’s largest offshore wind farms are being built off the Humber coast and international businesses Ørsted and Siemens are investing heavily in the region to pursue that opportunity. The Government’s Offshore Wind Sector Deal highlights Aura, a collaborative innovation cluster led by the University of Hull, as an exemplar model of collaboration for the world to follow. Significant clean growth investment and development continues to be secured there.

Yet conversely, the Humber, because of the dominance of traditional, carbon-intensive (and high employing) industries like refineries, steel, chemicals and process plants, is also one of the UK’s biggest polluters, significantly bigger even than the other industrialised estuaries across the North. So it has much to change and so much more to gain through a focused approach on clean growth. There are similar challenges and opportunities across the other major industrial estuaries in the North East and the North West and wide-ranging examples of world-class expertise and innovation in all aspects of energy and low carbon right across the Northern Powerhouse.

Coming together to tackle these issues and realise those opportunities is not only sensible – it is crucial to the economic success of the North and the massively positive role it can play in reshaping the UK’s economy while realising urgent targets around low carbon and clean growth. Pragmatically, the globally pressing theme of energy and clean growth provided a clear focus for the Universities of the North event.

The utmost desire to work together

What did we learn? Firstly, we learnt that the desire, drive and enthusiasm of universities across the North to collaborate on common issues of societal importance is alive and kicking – indeed it is stronger now than even a veteran like yours truly has witnessed before.

Secondly, across the broad group of northern universities exists a fantastic range of expertise, skills and academic excellence capable of leading the world in clean growth endeavours.

At the Universities of the North, there was nothing but the utmost desire to work together.

Thirdly, that given the chance, universities will rally and collaborate on a pan-northern basis, or on whatever geography makes the most sense, to deliver a coherent, material and significant difference in matters of regional, national and international importance.

At the Universities of the North, there was nothing but the utmost desire to work together. There were examples aplenty of the impact universities had made to localities and the ambition that existed to build on that still further. It was truly uplifting to hear those working successfully in the Mersey opening their doors to those in the Humber; those in the North East welcoming the opportunity to work with those in the North West; and the world-class low carbon economy expertise in Leeds being so readily transferable to Sheffield, Manchester or any other city committed to making the step change required.

The Northern Powerhouse minister called for “an Ivy League of the North.” I think he got rather more than that. The event in Hull proved that universities committed to working collaboratively can deliver huge benefits economically, socially and environmentally. If Government is to meet its clean growth and low carbon ambitions – and, indeed, finally rebalance the economy of this great but divided country – it could do much worse than to enlist the Universities of the North to help in its delivery.