As a not-for-profit organisation, NCUB is overseen by a Board of Directors.

It is their role to ensure that the work of the National Centre is fit for purpose, represents value for money and delivers the proper support to the university-business communities for whose benefit it was set up.

Sam Laidlaw brings extensive experience of working in business both in the UK, and internationally – having held responsibility for businesses across four continents.

Sam is a founder of Neptune Energy and became its first Executive Chairman in 2015. Previously Sam served as CEO of Centrica – Britain’s largest energy provider – from 2006 until 2014 where he rebuilt the company to increase efficiency and competitiveness. Prior to his Centrica role he was Executive Vice President of Chevron.

Bob Rabone is a Chartered Accountant with over 30 years of commercial experience as a Finance Director with private and public companies, operating in a range of sectors.

Bob previously served for over a decade as the Chief Financial Officer at the University of Sheffield. In this role he was responsible for Finance, Estates, IT, Accommodation and Commercial Services.

He began his career training with Coopers & Lybrand (now part of PricewaterhouseCoopers) before joining a medium-sized accountancy firm offering consultancy services in financial planning, funding and information technology to a range of clients: from owner-managed enterprises to public companies.

A common thread through all of Bob’s executive roles has been the development of clear organisational strategies during periods of business growth or change. Whilst Chief Financial Officer with the international law firm Eversheds, Bob had a primary role in the merger of its seven legal partnerships into one.

Bob was chair of the British University Finance Directors Group from 2013 to 2016 and contributed to several HE sector reviews, such as the Diamond Efficiency, Effectiveness and Value for Money review.

In 2019 Bob was appointed to the Board of the National Centre for Universities and Business as Treasurer.

A focus of his activity in the HE sector has been to aid a better understanding of financial performance and financial sustainability by funders, regulators, governors, staff and students. This focus continues as a member of the sector’s Financial Sustainability Steering Group. 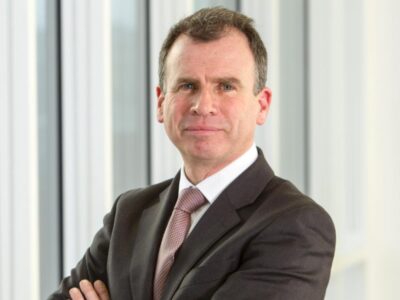 David is the Director of Strategic Partnerships for the University of Edinburgh, having recently retired as a Partner at PwC, where he was the Lead Partner in Scotland for Government and Public Sector.

David has extensive advisory experience in the public sector and financial services industries specialising in strategy and large scale transformations.

He has been extensively involved in pension reform and paying for Long Term Care; he was a member of the Dilnot Implementation Working Group and the Extended Working Lives Working Group. Jean-Noël is a graduate of École Centrale de Lille where he studied Engineering Systems, followed by postgraduate study at Brunel University London where he also studied for his PhD in Information Systems. His research expertise is in systems and processes management with a focus on the social aspect of information systems management (including information security).

In addition to his role as Vice-Chancellor and board member for the National Centre for Universities and Business, Jean-Noël has held Board and advisory positions with Warrington and Halton NHS Trust, Henley Management College, Richmond upon Thames College, the Association of Business Schools. Jean-Noël has also worked on a number of steering groups with the Greater Manchester Combined Authority, the Greater Manchester Local Enterprise Partnership, the Higher Education Funding Council for England, the Office for Students and the Institute for Apprenticeships.

David Meads is the Chief Executive of Cisco in the UK & Ireland. Previously, David was Vice President of Cisco’s Europe, Middle East, Africa and Russia (EMEAR) Partner Organisation and he has over 30 years of experience in the ICT industry.

Professor Phoenix has a background in biochemistry having obtained his Bachelor of Science degree from the University of Liverpool before going on to complete a Doctorate, again in biochemistry. The university later awarded him a higher doctorate, DSc, for his contribution to this field of study.

In 2000 he launched UCLan’s Department of Forensic and Investigative Science and later as Dean of Science, led on the opening of a new School of Pharmacy, the re-launch of chemistry and the development of architecture. In 2008 he became Deputy Vice-Chancellor at UCLan with responsibility for strategic planning and performance across the University of Central Lancashire Group where he oversaw UCLan’s inclusion in the QS World Rankings and was instrumental in creating UCLan’s first overseas research institute in China as well as its new campus in Cyprus.

With over 250 publications, Prof. Phoenix remains a visiting professor at Kings College London and Sichuan University, China, as well as a Fellow of the Royal Society of Chemistry, The Society of Biology, The Institute of Mathematics and Its Applications, and the Royal Society of Medicine. In 2010 he was made an Officer of the Most Excellent Order of the British Empire for services to Science and Higher Education, and appointed as a Deputy Lieutenant of Greater London in 2015.

Prof. Phoenix has worked extensively overseas, developing and leading on an overseas campus in Cyprus and a research institute in China. He was awarded an individual Excellence award by China’s Vice Premier in 2014 and was admitted to Order of Friendship (China) in 2016 for outstanding contribution to the country’s economic and social development.

He has been awarded an Honorary Doctorate by the University of Bolton for his contribution to scholarship and was elected as a non-medic to the Royal College of Physicians (Edinburgh) for his contribution to medical research and education and recognized as an Academician by the Academy of Social Sciences for his work in areas linked to educational policy.

Prof. Phoenix is currently Chair of university think-tank Million+, and a member of the HEFCE Strategic Committee for Teaching Quality and the Student Experience. He currently represents Universities UK on the UK Performance Indicator Steering Group. In 2015 the Prime Minister appointed him as a trustee of the Science Museum Group. He is also a trustee of Universities UK and a Director of the National Centre for Universities and Business.

Roy is President of the Royal Society of Chemistry Industry & Technology Council. Until September 2017, he was Director of the £40m National Innovation Centre for Ageing at Newcastle University. He remains engaged with the University as Professor of Practice in Ageing Science & Innovation.

From 2012 to 2016 Roy led the development of the regional innovation strategy for North East England and was the founding Chair of the North East LEP Innovation Board. He remains a board member.

Prior to 2012, Roy spent 31 years with the Procter & Gamble Company, holding global R&D positions and leading innovation programmes in Europe and the Far East including China. One of his inventions is a $150M business in the US.

Nationally, Roy is a non-executive director with the Technology Services Association. He sits on the Advisory Board for the All-Party Parliamentary Group for Longevity and the BEIS Advisory Board for Industrial Strategy & Smart Specialisation.

He is a trustee at the Centre for Life, a public science centre in Newcastle, a trustee of the Reece Foundation and a governor at the Beacon School in Sunderland.

Roy was awarded the OBE in the Queen’s Birthday Honours 2017 for services to science, innovation & skills.