Understanding the sum of the parts: Reflections from the second meeting of the NCUB R&D Taskforce 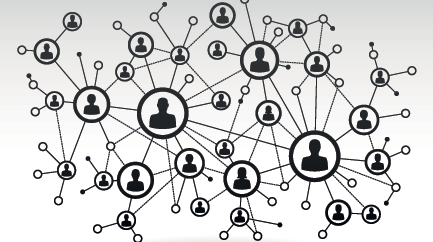 In mid-September, the R&D Taskforce met for the second time with a focus on understanding the different elements at play that influence, shape and direct investment decisions on R&D. As a precursor and to give direction to the four supporting Advisory Groups of the Taskforce, the meeting discussed the importance and weighting that the different parts of the system have. They also discussed how the UK can and should be capitalising on these parts to maximise and increase R&D activity in the UK.

At the heart of the Taskforce is a commitment to gather evidence and insights that better understand the different parts of the system. Members of the Taskforce were taken through the areas of focus that each of the Advisory Groups will explore in more detail through the rest of September and October.

Advisory Group 1: Successes and learning from the crisis

Understanding how the world has adapted and changed as a result of Covid-19 is an important framing point for the Taskforce. Collaborative activity that drives much R&D has not been immune to the impacts of the pandemic. In some instances, it has been massively accelerated, in other domains significantly slowed down.

The Taskforce discussion focussed on the importance of understanding how we can learn from and build upon the investment agility and infrastructure created at pace during Covid-19, when the crisis passes. They also discussed how the crisis had put a spotlight on the importance of different domain experts coming together to solve a collective challenge. The role of interdisciplinarity was raised as important to feature and to examine in some detail through the Advisory Group. They also discussed what could be done to encourage more of this to happen in the future to tackle future grand challenges.

Identifying opportunities to maximise the different parts of the system, especially through greater coordination to achieve a greater sum of the parts, is at the heart of the second Advisory Group. There was a clear recognition from the Group of the immediate need to boost the economy as well as build long-term solutions. It becomes critical, therefore, to recognise what works within the existing R&D system and what needs to be better managed as a whole, including releasing bottlenecks which can help produce much needed short-term results.

An important area for discussion was the mindset and approach the UK has in terms of understanding the R&D system from the user perspective. Emerging thinking for the Advisory Group to consider, was the adoption of a more “customer journey” approach, such that any policy interventions were easy to access and utilise.

And finally, it was important to recognise the culture and ambition portrayed by the people driving R&D activity. Overlooking, and not addressing, how entrepreneurship was developed and made more pervasive as part of the UK offer was identified as an area for the Advisory Group(s) to consider.

Achieving the 2.4% R&D target is not simply just an investment decision or increasing innovative activity – it will be driven and powered by people. Understanding the talent, capability and diversity required for a 2.4% powered economy is a critical part of the system to understand.

As noted against Advisory Group 2, entrepreneurship is an important factor in this equation. But making it an attractive career destination to work in R&D is important. It is especially vital to have the ability to move between industrial and academic environments. There is little is known about academic mobility and the career paths of researchers who leave academia and whether they continue to contribute to the research and innovation talent pool in the private sector. Though there is a stigma associated with leaving academia for industry, Taskforce members pointed out that their research or innovation talent is not necessarily lost.

Finally, the area of focus for the fourth Advisory Group was the UK’s attractiveness and competitiveness on a global stage. This was considered critical as we enter into a new relationship with Europe and the rest of the world from 2021.

The UK’s existing assets include an excellent research track record and the language advantages, as well as the appeal of the UK as a good place to live and work. Making the UK more attractive should entail improving the ease of use of the system, especially in the sense of user journeys from research to development to commercialisation.

Next steps with the Taskforce

Each of these four Advisory Groups will meet through September and early October to explore in more detail the different factors that influence investment decisions and how the system works effectively together. The main Taskforce will meet for the third and final time in mid-October to finalise a bold and ambitious set of recommendations to give back to UK Research and Innovation.