The Augar review: why so binary? 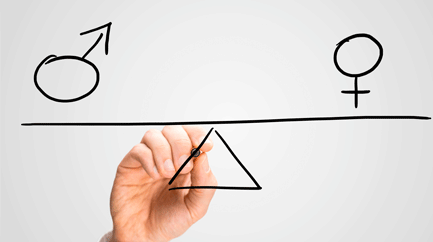 Understanding the real drivers behind the Augar review or predicting how much of it will see the light of implementation remains to be seen, but the review’s scope and depth leaves it difficult to ignore. Testimony to this fact has been the number of reaction pieces that have framed their response as at best ‘initial’ or with strong caveats that more detailed analysis will follow.

Many commend the Augar team for the depth and breadth in which they have grappled with significant and seismic issues. As with all government-sponsored reviews, there were constraints on the review team (fiscal neutrality), significant political interests (not just from the now outgoing PM but also from her would be successors), and on where to draw the boundaries of the review (post-18 is a very, very broad canvas).

Not all of the early leaks and rumours made it into the final report, for which many leaders in the university sector will be thankful. But there is, as reported in a number of other places, enough to be concerned about if the recommendations are enacted: reduction in tuition fees with no guarantees as to where the funding short fall will come from; threats around recruitment of students to courses with “poor retention, poor employability and poor long-term earnings”; redirecting the higher education (HE) capital grant to further education (FE).

A binary decision between FE or HE also assumes an absolute delineation between the two.

It is on the last point that I think the constraints on the review team have pushed elements of the review into a polarised and binary discussion: HE or FE. Clearly, in looking at the totality of the post-18 education system, they need to think about “the other 50 per cent” that do not go into higher education. But should this be at the detriment to a system that the review acknowledges to be outstanding across a range of measures (research, teaching, economic, civic)?

The fiscal neutrality forces a series of recommendations to rebalance funding or priorities away from HE towards FE. The figures in the report make for stark reading and Augar rightly puts a spotlight on the imbalance. But imbalance does not necessarily mean it needs to be rebalanced. There is a collective effort required to make the case that more funding is needed for further education but not at the expense of the higher education budget.

A binary decision between FE or HE also assumes an absolute delineation between the two. Not just through the introduction of the Apprenticeship Levy but in response to changes in labour markets universities increasingly partner with – and often co-deliver – programmes that offer more technical and vocational routes. These partnerships are often rooted in the requirements of particular places: further and higher education working together to meet the needs of local employers and local populations. One recommendation not visible in the review would have been to encourage more of this to happen rather than reinforcing divisions between a perceived separate two worlds.

It is not a binary decision, but a simple and powerful AND.

As noted above, the Augar review is too substantive a piece of work for both politicians and the sector to ignore. More analysis and interpretation will emerge. The Government will, when it publishes its response, offer calls to action. But it needs to take up the baton from this review and really consider the needs of a future advanced knowledge economy.

We need to create a post-18 education system truly capable of pushing the best and brightest minds as well as genuinely supporting and empowering others to realise their potential. It is not a binary decision, but a simple and powerful AND. We need an education system in which all contribute AND all benefit.