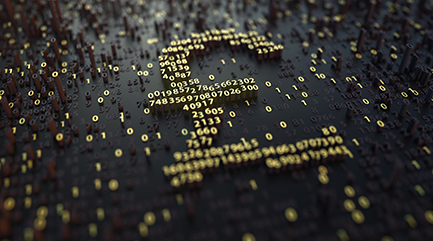 Investment in R&D is a topic that has been at the forefront of public policy in the last few years, whether it’s the 2017 Industrial Strategy target to increase investment in R&D to 2.4% of GDP, or the pledges from the country’s major political parties in the run-up to December’s general election (including R&D tax credits and increasing innovation investment).

The annual November release of statistics on R&D expenditure in UK businesses by the Office for National Statistics could not be timelier. The Business Enterprise Research and Development (BERD) survey covers the “annual spending and numbers employed on research and development in the UK broken down by product sector, and civil and defence businesses”. The data is categorised to cover R&D spend by country, region, product group and source of funds, amongst other categories, and also includes data on R&D related employment in UK businesses.

With regards to overall statistics, expenditure in R&D in UK businesses has increased every year since 2012, and is up to £25bn in 2018, compared to £23.7bn in 2017. The growth rate of 5.8% is slightly higher than the growth rate of 4.8% from the previous year, and continues the 4-8% range of percentage growth since 2012 (when the overall expenditure saw a decrease of 0.2% from 2011). As a percentage of GDP, the spend has increased from 1.1% to 1.2%, and is moving in the right direction if the Industrial Strategy promise is to be heeded. The speed of growth could be an area for further enquiry.

With regards to England, R&D expenditure performed in UK businesses increased from 2017 to 2018 by over £1.3bn. With spends in excess of £5bn each, the South East and East of England remain the two regions with the largest R&D spend. Expenditure over the same time period increased in every region of England except the North West (a decrease of £152m) and Yorkshire and the Humber (a decrease of £16m). Increased expenditure of £464m in the East of England was the largest rise of any region in England from 2017 to 2018, with the East Midlands, West Midlands and the South East seeing rises of over £200m. At 16%, growth of R&D spend in the East Midlands was the highest in percentage terms, with the 4% growth from 2017 in London being the lowest. R&D expenditure increased when compared to 2017 in every country in the United Kingdom except for Scotland, which saw a decrease of £8m (after seeing significant increases of £198m and £99m respectively over the previous two years). Wales and Northern Ireland both saw increases of £9m and £16m respectively. Any further analysis could look into the reasons for the fall in funding in Scotland and parts of England.

R&D related employment in UK businesses has continued to increase, with 17,000 more people finding work in this area when compared to 2017. Employment has increased every year since 2008.

It should also be noted that R&D related employment in UK businesses has increased or remained constant in all regions and countries of the UK every year since 2014. In England, the South East and East of England remain the two regions with the largest number of R&D employees. The West Midlands saw the greatest increase in the number of R&D employees from 2017 to 2018.

The UK Government’s total R&D expenditure in UK businesses decreased by £35m from 2017. The Government’s share of R&D expenditure decreasing to 6.87% from 7.41% in 2017, and has decreased every year since 2013. R&D expenditure from overseas decreased by £30m when compared to 2017. In light of Britain’s prolonged negotiations related to leaving the European Union, funding from European Commission grants increased by £28m over the same period, a stark contrast from the decrease of £46m in EC grants the previous year (from 2016 to 2017). Although funding from other UK businesses dropped by £17m, overall funding generated by the businesses themselves increased by £1.5bn, and has increased every year since 2009. All other types of funding, a number that includes funds from higher education institutions and private non-profit organisations in the UK, fell for the first time since 2012, from £306m to £249m. The fall in funding from the UK government and overseas sources are causes for concern, and replacements for any funding that may be lost as a result of future national and international political shifts are important points of consideration.

This latest release has highlighted the continued growth in overall R&D spend in UK businesses, as well as the growth in related employment. However, notable falls in funds both from overseas sources and from the UK government, as well as the fall in R&D spend in both Scotland and in a number of regions in England provide areas for both concern and further enquiry.