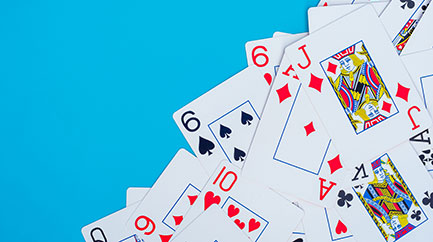 As we now know – or think we know (an important distinction in policy and in life), we have two new leaders of the higher education and science portfolios, departmental areas previously bridged by one Minister.

Michelle Donelan has been appointed as Minister of State at the Department of Education (DfE) and Amanda Solloway as Parliamentary Under-Secretary at the Department of Business, Energy and Industrial Strategy (BEIS). Neither are known to the sector, and both are relatively new to government. And yet we know that sometimes, it is the quiet and the calm that make for the best ministers. There was, after all, a time back in 2018 when all we knew of newcomer Chris Skidmore was his rather unfortunate taste in music and a self-reference as a ‘failed academic’.

Of course while DfE have confirmed that Donelan will be responsible for universities, we have yet to receive official confirmation that Solloway will have the science brief. But the writing is on the wall. Isn’t it?

The news that Chris Skidmore was losing his post as Minister came as a shock to many across the science and higher education sector. A well-liked and committed Minister, Chris’ departure was the first blow to land on Thursday 13th February in the reshuffle. It’s an old and well-established joke that science and higher education ministers don’t seem to stick around for long but do like to return for a second try. But there is more serious analysis of the revolving door in private office, and it raises the question of what more could be achieved with a little longevity.

Schools have had Nick Gibb as their champion for eight of the last ten years, and yet universities have been through five different ministers in seven different turns in the same time frame. While it might be expected that cabinet and ministerial positions are perilous jobs, the contrast with other sectors is shocking – the average tenure for a Vice Chancellor is 4.5 years, and 5.6 years for a FTSE100 CEO. What is it about the HE brief which lends itself to such uncertainty when a little stability might just pay off in a big way? The longest holder of the post in the last two decades, David Willets, achieved much during his four-year term, in part due to his unusually long history with the science and HE portfolio in shadow cabinet. Whether you agree with his decisions or not, Willets was able to deliver exactly what he set out to achieve – the expansion of the HE market by institution, numbers and cost, and a protected science budget during a time of austerity.

A less surprising but potentially more consequential setback was the splitting of the science and universities brief. With DfE now responsible for universities, and BEIS for science, research and innovation, it feels that university priorities, and university-business relationships, could be pulled in two different directions.

For those relatively new to science and higher education policy, this could be seen to mark a new era. But for many, this is simply a return to the old world. Not only is there a dedicated brief for skills and apprenticeships again (welcome Gillian Keegan) but the dual universities and science brief was relatively new. The two areas were only brought together in 2007 with the appointment of David Lammy, and only shared across two departments under Theresa May’s tenure as Prime Minister. The briefs were dealt with separately for many years, and this model comes with both pros and cons.

Without official confirmation, we can only base their briefs by splitting Skidmore’s in half (or there abouts). Hypothetically, this would give Donelan: student finance; widening participation; higher education reform; and international students. In contrast, Solloway may be responsible for all: science and research; innovation; intellectual property; and technology, if the Ministerial science brief is kept whole. So can we expect Donelan and Solloway to work closely together, in effect increasing the government capacity devoted to the sector? Several initiatives and aspects of HE policy – from student KE competitions to post-graduate taught and PhD students to the rather meaty skills for a 2.4% economy – cross both roles. Yet the two departments operate very differently from one another and have traditionally had dichotomous feelings towards universities. Given that universities often find themselves pulled in multiple directions – research and teaching for example – it is not realistic to separate science from HE, or expect areas to squash uncomfortably into departmental-shaped boxes.

And yet, if Solloway is to be handed the science brief in a Parliamentary Under-Secretaries role, is it fair to assume that she may be without the power and impact of Skidmore as a Minister of State? This raises a number of questions. Namely, what does it say about the place of research and innovation in the Government’s list of priorities, and can we expect greater involvement, intervention and control from No. 10 or Treasury? It’s an open secret that Dominic Cummings has plans to create an ARPA-like body (in or outside of UKRI), and so whilst the 2.4% target has conventionally been held by BEIS and the Science Minister, it may find itself contentiously fought over.

Certainly the new model which has been adopted – with four Parliamentary Under-Secretaries but only one Minister – is unusual for central departments and not indicative of a department braced to own and deliver collective policy decisions or a joined up Industrial Strategy. Instead, this may be a clear demonstration of what we have long since known, that the critical financial holders and decision makers for both science and higher education policy do not necessarily reside within DfE or BEIS.

More ominously, is this the calm before the storm? Expectations were that the science and universities brief might be split as part of a major restructure of BEIS and other central departments. It may well prove true that portfolio holders like Solloway and Donelan will be expected to work more closely together as we see the blurring of boundaries between departments. If this is still to come, then we will need Ministers and Parliamentary Under-Secretaries who are committed to collaboration, and listening to, and working with, the whole breadth of the science and university sectors.