Purposeful priorities: the value of the employers in an employer-led system 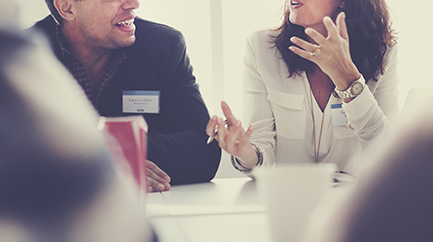 “Employers are up for a change process. They really value engaging with universities more and the Levy has been a catalyst for this.”

These comments of mine were highlighted in a new report on the future of degree apprenticeships, launched this week by Universities UK. They are based on the countless conversations, interviews, roundtable discussions and conference sessions that the National Centre for Universities and Business has held with our members over the last few years. All of which send a clear message: please enable us to work with universities to build better skills.

The message we hear time and time again is one of enthusiasm. Employers want to work with universities.

The message we hear time and time again is one of enthusiasm. Employers want to work with universities. They value the engagement both on face-value – the skills it provides – and the wider collaborations which develop as part of a deeper relationship. And so, an employer-led system is logical and productive approach.

Yet, every business we speak with has the same frustrations – the red tape and inflexibility, the restrictions to Levy spend and confusion over banding and the difficulties in finding providers allowed to accept their business. These are not new concerns. But it is still imperative that we shout about them, amplifying the voices which should be best heard under a system which pertains to be ‘employer-led’.

At odds with this label are the concerns our business members have over the quality of their purchase. During a review of standards, the Institute for Apprenticeships and Technical Education is considering the necessity of all Level 6 and 7s containing a degree. Currently at the forefront is the popular Digital Solutions Level 6, which is in danger of losing the degree element for future learners. Employers are clear that this would be catastrophic. Our members have been very clear – standards without degrees are not wanted and would not be purchased.

And yet there is a system where the needs of the employer are pitted against a framework assessing the vitality of a degree. At the Universities UK launch event for the report, Director of Force Development for Hampshire Constabulary, Terry Lowe, succinctly described the issue by conceding that no, it is not currently a requirement for a Police Constable to have a degree. But, the Police Constable Degree Apprenticeship does, and should, award a degree. We are asking our police officers to grapple with ever more complex situations and environments and therefore, having a higher-quality qualification can only better prepare them to deal with and success in their chosen career.

Put like that, why wouldn’t we listen to employers? They are best placed to know the demands on their workforce.

It may be that issues over the inclusion of degrees can be attributed to the same cause as the well-voiced concerns of: funding band reviews, employer restriction in Levy spend, concerns over falling starts, to name but a few. Concerns of a central overspend have long since been raised, despite being at odds with many employers struggling to spend large proportions, if any, of their Levy. If there is an overspend, or any danger of one, then changes will need to be made and priorities established.

So, let us prioritise sensibly, based on demand, not perception.

So, let us prioritise sensibly, based on demand, not perception. The system was designed to be employer-led due to the belief that this would best prepare it to serve the UK economy, rectifying skills shortages and protecting key industries. In this case it seems most suitable that any priorities which need to be made, are linked to the Industrial Strategy and its local spin-offs. This will require compromise and flexibility from both universities and businesses. If they can form deep and meaningful partnerships, then the outcomes will be greater both for them and their local environments. As we said in our State of the Relationship report, the new normal is one of disruptive change and so we must recognise that we are stronger, together.