Not by invitation: watching women break into engineering 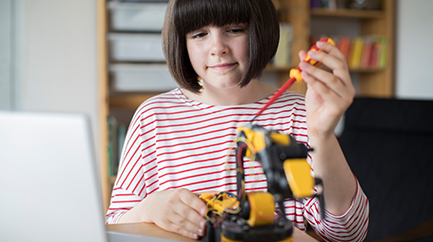 So far, 2018 has been a year of ups and downs for women in engineering.

Donna Strickland became the first woman to win the Nobel prize in physics in over 50 years, but weeks previously was denied a Wikipedia page based on contribution. Dr Hayaatun Sillem became the first woman to take-up the CEO position at the Royal Academy of Engineering but has depressing experience of being asked where “Dr Sillem is”. Recently, Engineering UK announced Hilary Leevers as their new CEO, the Dyson Institute welcomed a 40% female cohort for its second year, and Girl-Guiding launched new STEM badges to encourage curiosity.

But achievements like these are often overshadowed by the engrained sexism of the sector – in this case coming in a vehemently offensive attack on the contributions of women to physics by Prof Alessandro Strumi, who said “physics was invented and built by men, it’s not by invitation.”

In the midst of all, both the good and the bad, lies hundreds of initiatives aimed at increasing the number and proportion of women in STEM and it’s important to remember what we are trying to achieve.

The latest Talent 2030 dashboard showed only 11.8% of professional engineers are women. While this figure has made progress from previous years – standing at just 5.5% in 2012 – it is a sizeable demonstration of how far there is to go.

Which is why NCUB has been running the Talent 2030 National Engineering Competition for Girls since 2013. More than 2000 students have entered the competition sponsored by Rolls-Royce, PepsiCo and Centrica. Deliberately open to entries from a myriad of disciplines, the competition encourages girls to think how they might use engineering skills to solve any problem affecting the world today, or that may affect the world in the future. Winner of the 15-16 age category in 2018, Anu Olayebo, said:

“Upon seeing the details of the task, my drive to enter was fuelled by creation: the brief was so malleable. I was able to mould it into my favour – relating topics we’ve already learnt at school as well as my own interests and knowledge, all into one project.”

The 2018-19 National Engineering Competition launched a month ago and remains open for entries until 14 December 2018. After this comes the busy and rewarding crunch of assessing and shortlisting entries, demonstrating the enthusiasm and creativity of entrants. We have an amazing judging panel of leading women in the sector to select our winners and runners-up. All shortlisted finalists are offered the opportunity to showcase their entries at the annual Big Bang Fair which always proves to be fun and a truly rewarding experience for all involved. Adrianna Wojtyna, 2018 winner of the 17-18 category said that showcasing her entry gave her “the possibilty to feel like a real engineer”.

We hope the Talent 2030 National Engineering Competition for Girls, as part of the Year of Engineering, encourages more female students to consider careers in engineering, manufacturing and technology. It is clear that more must be done given the slow progress on the numbers entering, and remaining in, the talent pipeline. To ensure the international competitiveness of engineering in the UK, and to meet the government’s ambitions as set out in the Industrial Strategy, we encourage universities and business to work together to ensure that the skills needs of the UK economy are met.