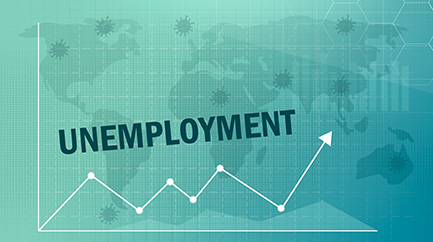 These measures are welcome. The need for more flexibility in higher education loans and more funding for SMEs to take on apprenticeships have been widely called for. The extra flexibility should assist more older people to retrain as well as more part time and flexible learning being particularly beneficial for diversity.

But the scale of the challenge is such that one must wonder if more could be done and quickly. Several of these measures are reannouncements, including the National Skills Fund that was announced before the pandemic in the Conservative Manifesto. Seeing as many of these announcements were made last year or have been long-standing and well recognised problems, we must consider why these policies weren’t driven forward sooner, when the pandemic was first hitting the UK.

On the same day that these announcements were made, the Prince’s Trust published research finding that at least one in three young people have abandoned their job aspirations for the year ahead due to the COVID-19 crisis. More than a third of 16 to 25-year-olds also felt they will “never succeed in life,” and this increases to almost half of those surveyed from poorer homes.

It is clear that the immediate economic impact of the virus has been on the young. Yet the only policy specifically targeted to young people is the Kickstart Scheme. Government measures designed to encourage retraining and preparing the country for the future world of work are welcome. However, the immediate crisis of fast dropping youth employment requires immediate action.  The stark figures from the ONS and the Prince’s Trust indicate that it is all young people feeling the pinch not just those who aren’t well qualified or in certain sectors. Therefore, measures should be designed to assist all young people entering the labour market, including recent graduates.

Immediate and urgent action that the Government could undertake includes temporarily abolishing National Insurance Contributions for under 25 year olds and introducing a wage subsidy for young people undertaking an apprenticeship. This would encourage employers to hire young people across the labour market.

Without urgent action specifically targeted on young people, there is a real risk that the figures published by the ONS and Prince’s Trust are going to look drastically worse in the months ahead.