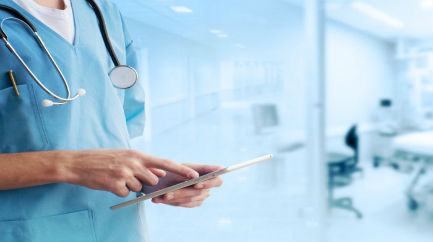 Recently, Google announced the creation of a new division of DeepMind that will focus on the applications of AI in healthcare.

“We’re starting in the UK, where the National Health Service is hugely important to our team. The NHS helped bring many of us into the world, and has looked after our loved ones when they’ve most needed help. We want to see the NHS thrive, and to ensure that its talented clinicians get the tools and support they need to continue providing world-class care,” they say.

The first of these forays is via a partnership with Imperial College London on a new app, called Hark, which will allow medical staff to better prioritize the various clinical tasks they have to perform.

Hark should enable all the members of the medical team to share vital information about patients whilst they are on the go, to give patients the best possible care, the team say.

The app aims to make it easier for staff to manage their extensive ‘to do’ list and reduce the kind of delays that can have serious consequences for patients.

The team believe that the current method for managing tasks is somewhat outdated and in need of modernisation.

“At the moment, doctors in hospitals walk around with a paper list of tasks, and staff contact them by pager,” they say.

This system fails to really take account of the frequency with which doctors receive messages or updates that require them to manage on the fly and rapidly update their task list.

“We looked at this, and thought surely in 2016 there must be a better way of managing this activity, which would have clear benefits for patients,” they say.

The cost of poor communication

Studies have suggested that poor communication can delay the appropriate care in up to 50% of patient cases, thus resulting in a deterioration in their condition.

Having a means to relay crucial information to doctors quickly and effectively was therefore a major driver behind the project.

The team also hoped to facilitate better handover information between staff at the end of their shift. During initial trials of the app, staff were found to respond 37% faster to information than they did with their traditional pagers. The partnership with Google DeepMind will see the app combined with a second app, called Streams.

Together, they hope to both identify patients that are deteriorating, and then respond faster to that information. Professor Gavin Screaton, Dean of the Faculty of Medicine at Imperial, said: “Hark is an exciting development in the field of patient safety, and we are pleased that its huge potential has been recognised by Google DeepMind. This is a great example of researchers at Imperial working with clinicians and other partners to create innovative ways to improve patient care.”