Dodging the demo-dip: the value of 18-year-olds for universities and business 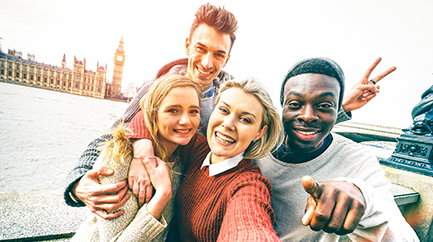 A record number of students arrive at university this month – almost half a million. UCAS figures show that 33.8% of all UK 18-year-olds have secured a place, and that the number of disadvantaged students has once again risen.

On the surface this paints a pleasing picture – more students for universities, more acceptances for 18-year-olds and a greater levelling of the playing field. Even side-stepping the debate about mature students and life-long learning in this case, the story is not quite so simple when you add in the national and international context.

The near half a million undergraduate admissions represent UK, EU and international students. 239,460 of them are UK domiciled 18-year-olds. That is a 1% increase on last year with more UK 18-year-olds going to university than ever before.

But 2019 marks a demographic dip in the population. There are fewer 18-year-olds this year than since 2002, and the trough will deepen further in 2020 before it begins to rise.

But it is not all bad news; the falling levels of 18-year-olds and a decreasing attraction to Europe are offset by a staggering rise in (non-EU) international students. There has been a 39% increase since 2010 and, while EU rates have fallen since 2016, non-EU students have risen 16% in the same period.

And so the market is able to cope with the demographic dip. The ability to be agile and flex to offer greater access to international students offers both universities and business long-term sustainability. And this should not be seen as a fall-back option to UK domiciled students. International students bring many benefits to the HE sector and beyond, both economic and cultural.

Not only do they pay vastly more for tuition, they also spend more on living expenses – accommodation, subsistence and travel – and their visiting friends and family add to this. A 2018 HEPI paper estimated that the total benefit of a non-EU-domiciled undergraduate was £147,000 compared with £87,000 for an EU student.[1] Oxford Economics break this down in the Gross Value Added (GVA) of each type of spending – £713M from tuition, £123M from living expenditure and £53M from visitor spending. This makes the total GVA of international students £890M, supporting 23,000 jobs and generating £385M in tax revenues.[2]

And this is just during their time at university. It was recently announced that, from 2021 international students on undergraduate, postgraduate or PhD courses will be eligible to stay in the UK for up to two years following graduation. This is a move which has been vehemently campaigned for by the higher education sector and its representative bodies since the visas were scrapped in 2012.

The impact of the visa increase from 4 to 24 months is twofold: it increases the UK’s competitiveness as a place for higher study by offering long-term opportunities; and it offers an advantage to British plc in the race to secure the best talent to fill UK skills gaps. This benefits both productivity and innovation – the two great priorities facing industry. UK businesses will have easier access to the knowledge, skills and behaviours that have been carefully nurtured in our universities as well as access to a greater number of graduates who have qualified in carefully collaborated learning. We know from case studies in the annual State of the Relationship report, that universities and businesses are continuously working together to future-proof today’s graduates for tomorrow’s world. Securing access to more of these students will only help to strengthen these relationships and better safeguard British industry.

The value of 18-year-olds is, therefore, not simply in their economic contribution while studying. Nor is it in their domicile, their characteristics or the international trends they represent. Their value lies the promise that they hold – a promise of economic benefit, broader cultural understanding, future-ready skills and as champions of a system which offered and delivered unparalleled opportunity.

[2]. Migration Advisory Committee, Impact of International Students in the UK, (2018).