A £2bn bailout: is the ask reasonable? 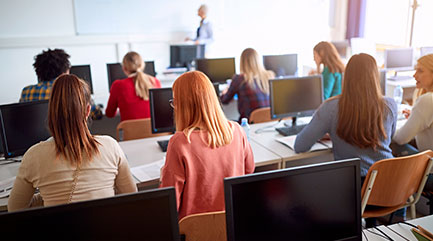 On behalf of the sector, Universities UK have asked for a £2bn ‘bailout’ fund to protect higher education institutions across the UK from risk of bankruptcy following the effects of Covid-19. They argue that the loss of income from both domestic and international students as well as from commercial revenues has the potential to cause crippling losses.

Universities UK estimate a £790m shortfall in the 2019/20 academic year. Simultaneously, London Economics, commissioned by the University and College Union to consider the potential impact on enrollments and finances, have estimated a potential 24% decline in year-on-year cohorts. This equates to a tuition fee and teaching grant income fall of £2.5bn in 2020/2021. To cut their clothe accordingly, London Economics estimate that universities would have to make a staggering 30,000 job cuts.

Faced with this potential economic impact, the request for a cash injection seems reasonable. £2bn may sound like a lot, but when you consider it’s going into a sector whose annual income exceeds £33bn, it is a relatively modest 6%. We also need to consider that the ask is for institutions who are leading employers in their regions. It’s intended to stabilise admissions for hundreds of thousands of students and to protect a research base which has led the fight against Covid-19.

So why are there reports of an imminent refusal from Treasury?

At this point, we don’t have confirmation that the bailout has been denied. Not only will it be days before Rishi Sunak formally reviews the request, but even a denial does not mean no bailout. It may: well mean not yet, or not this.

Despite this, there does appear to be a difference of opinion between Treasury and other departments. Where the narrative emerging from other departments or past cabinet behaviour has demonstrated a belief that universities are a strategically important national assets with intrinsic value, HMT are focusing on the similarity of higher education to other sectors, professing a belief that institutions do or should operate as businesses.

This is clear in HMT’s suggestion that no bailout would be agreed until universities are seen to be using existing schemes set up to offer relief to businesses – both the ability to furlough staff and apply for Continuity Loan Schemes.

But universities are not just commercial businesses. Postponing short term debt works in an industry that can expect to see a short-to-medium term bounce back. But even where finances could recover, universities will not survive cuts in the same way. Many operate on a very small surplus and institutions need constant investment to stay fit for purpose. So while institutions can make cuts this year, then what?

Many are the leading employers in their regions, supporting small and large businesses alike, establishing supply chains, ensuring buoyancy in the local labour market, conducting much needed innovation and research. The London Economics research made clear that while the higher education sector could expect losses of up to £2.5bn, the ripple effect on expenditure through institutions, the supply chain and the wider economy will amount to an economic output decline of £6.1bn and 63,000 job losses. The diversity of higher education is its strength, both in type of institution and behavior. Universities offer economic and social good, and with their business partners will have a leading role in economic and social recovery.

Perpetuating the myth that universities are self-serving

One of the most obvious arguments being lobbied against the bailout request is the idea that this is somehow an indictment of the higher education sector, and that universities are being self-serving in their request.

But let’s be clear – the £2bn request is not additional money, but simply a request that the government make good on promised increases to research funding intended for 2020. Where this is causing issues is with those for whom the complex higher education funding model that is dependent on cross-subsidies remains impenetrable. Rather than being seen as a pragmatic request, it appears as though universities are asking for research funding to spend on shoring up their reserves to ease through the year ahead. In addition, the UUK request offered upfront a number of concessions to the sectors behavior; they would cut costs, accept restructuring, and rein in predatory admissions process which caused issues at the beginning of social distancing.

This highlights greater issues on the differing levels of understanding and support for higher education across Whitehall. The Financial Times piece that led the story yesterday referenced support for the bailout from the Departments for Education, Health, and Work and Pensions. But we don’t yet know the position of the Department of Business, Energy and Industrial Strategy, which is home to the Science and Research Minister and was, until two months ago, one half of the split universities brief.

Too much too soon

The challenge for universities is the uncertainty. The sector cannot know what will happen to the economy, the impact on the behaviors of potential and current students, or even when they will be able to welcome students back to campus. Planning and setting budgets is incredibly challenging with such significant questions unknown.

The issue may therefore be that universities are looking further ahead than treasury. Have they simply asked for too much too soon? Most of the adverse effects won’t be felt before September, and some of this could be delayed by protracting the 2020/21 academic year, or making other changes to academic delivery such as virtual learning. At a time when treasury is inundated with pleas for help from sectors that are seeing bankruptcies and closures now, not in the future, it is possible that this is what has rankled. So it is important that this not been seen as a request for financial assistance to return to the ‘old ways’. Higher education will be undoubtably changed with or without a bailout. It’s about how a package can support change and reduce the pain for students, staff, partners, wider society and the economy.

Despite reports that Treasury will reject the bailout, it’s important to know that this marks the start, not the end of the conversation. Instead, while those lobbying government look at what might be considered a more acceptable package and distribution of support, universities will have some soul searching to do on their identity when they come out the other side of COVID-19. Universities, together with businesses, will have a critical role to play in recovery. They will also see changes within themselves as this pandemic raises questions. How important is the role of the campus in student experience? What have we learned about the ability of institutions to react with agility? How prevalent was virtual learning, and will this change? Of course this will vary across institutions, but if the ask is for a sector wide package, then we might expect to see a sector wide response.