What comes after the end of European Regional Development Funding? 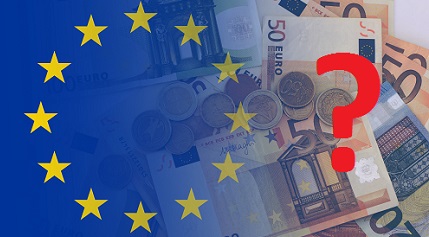 The UK’s vote to leave the European Union has led to much discussion about the effects on universities and businesses. Much of the focus has been on the likely loss of Horizon 2020; but often missing from conversations has been, the very significant loss of European Structural and Investment Funds (ESIF) and, in particular for universities and SMEs, European Regional Development Funds (ERDF).

LSBU is a leading HE provider of ERDF funded support for SMEs. We are currently leading on three research and innovation projects and supporting the delivery of two SME competitiveness programmes, with a total value of £6.6 million. You can read more about these at LSBUSP.com.

The loss of these projects would impact significantly on the hundreds of local SMEs, which benefit from the support that LSBU provides using those funds. In many areas, universities have taken and ever-greater role in delivering ERDF projects, particularly as many Local Authorities have, often for reasons of resources, taken a step back. In addition to providing match funding and infrastructure, universities have often been able to reconcile local demands with national visions and could have a more significant and formal role in the future.

With the end of the Brexit transition period in January 2021 drawing ever closer, for the fifth in LSBU’s series of policy roundtables, we focused on ERDF and its planned replacement, the UK Shared Prosperity Fund (UKSPF). In addition to the GLA, SMEs, funding and business support agencies and think tanks, we were fortunate to have joining us a representative of the Government’s Cities and Local Growth Unit which is currently devising the UKSPF.

The main issues we sought to tackle in the discussion were: how to distribute the fund; tackling the bureaucracy of the current system; setting the priorities of the UKSPF; and understanding how we can make best use of the opportunity to reform development and social investment funding in the UK.

Each Local Enterprise Partnership area has a sub-committee that provides implementation advice to the Managing Authorities for the ESI Fund Growth Programme in England. While this could provide a model for distributing the UKSPF across the country, there is a question over whether the number and varying sizes of LEPs means they all have the necessary scale to oversee such large funds. There was also a question over whether some LEPs need support to develop the confidence and self-awareness to focus on building on their own local strengths rather than seeking to replicate the strengths and vision of other areas. It was suggested that local industrial strategies nested under and aligned with the Government’s national industrial strategy could enable this. Until that time, it may be necessary to use a cascade of organisations to distribute the funding to ensure it is used most effectively.

The UKSPF provides a valuable opportunity to reduce the level of bureaucracy that ESIF funding currently entails. Current structures also create funding siloes resulting in complementary programmes running side by side in isolation from each other, when there is potential for synergies. The UKSPF could not only have a streamlined application and reporting process, but also roll ERDF and ESF into a single pot, as this will allow the joining up of programmes where appropriate.
In establishing the programme, the ‘priority axes’, can and should be determined by central Government. That national framework will to allow joined up thinking in tackling the country’s big challenges. However, it is important that delivery and local priorities should be managed locally – with the proportion of funding allocated to each axis determined by local need and strengths.

A key point is that many communities that received substantial European funding do not perceive the benefit. Ebbw Vale (scroll down for video), received a sizeable proportion of the £1.8 billion in European funds invested in Wales since 2014, but voted to the leave the European Union. Many in the community felt the way funds were spent did not reflect the real needs of the town, notwithstanding that some of those priorities (e.g. the NHS) were never the focus of the programmes. When defining the UKSPF priorities the Government must seek to ensure that those living in ‘left behind’ places feel its benefit.

The Cities and Local Growth Unit confirmed that a consultation on the UKSPF will be out this year and we look forward to helping shape this crucial tool for ensuring the prosperity of Post-Brexit Britain. In the meantime, would urge them to consider the following:

Professor David Phoenix is the Vice Chancellor of London South Bank University and a Board member of the National Centre for Universities and Business.