Universities can work with businesses to regenerate left-behind Britain 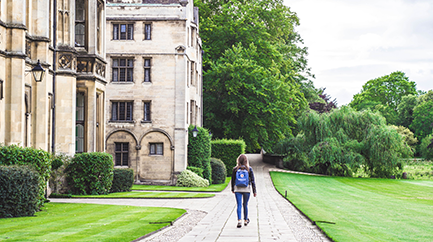 Universities are propping up their local economies, but they need government support to do even more.

The austerity agenda has had severe consequences for local communities, as this week’s troubling Centre for Cities report laid bare. Local authorities are bearing a heavy load as services are marginalised or cut, making regenerating the most affected places unaffordable, especially given the growing demand for social care.

In the gaps left by the absence of local public funding, however, something interesting is happening. Partly by design and partly by happy accident, UK universities are working with local businesses on critical projects that deliver the social impacts struggling councils can no longer provide.

Universities do an enormous amount of work for their local economies in other ways. They support startups and spinouts with groundbreaking ideas, allow local firms to use their expensive equipment to test-run innovations, and find jobs for undergraduates. This isn’t altruism or even corporate social responsibility, but rather an expression of a university’s natural role. The problem is that this work is underrecognised and underrewarded.

At the National Centre for Universities and Business, we are continually hearing about fascinating partnerships that address real issues. For example, Cardiff Metropolitan University worked with the Vale of Glamorgan to innovate a waterless cleaning system for aircraft exteriors, resulting in a stronger research and development culture as well as local economic growth and jobs. Equally, the University of Salford, through its Sustainable Housing and Urban Studies Unit, is working with the Greater Manchester mayor’s office, the mayor of Salford and the Greater Manchester combined authority to form a homelessness action network in collaboration with private business and the third sector.

It’s not always easy for businesses to access university expertise, or even understand why they should. But connecting industry with research enhances both. It cross-pollinates cultures: this isn’t about universities being ever-more dominated by corporate process and interest, but about a more ruminative and academic disposition being seeded in companies. Connectivity between universities and businesses gives companies a competitive edge and demonstrably increases productivity, jobs and exports, which can help rebalance the local economy.

Part of the problem is that although large corporations have teams dedicated to talking to universities, smaller businesses can struggle. There are now digital platforms and interventions which help open up those conversations, but more work needs to be done – especially because it’s collaborations with smaller businesses that really bring universities closer to the cities and regions in which they’re based.

Universities themselves don’t always get it right. Their “third mission”, alongside research and teaching, is to contribute to economic growth, but this is a relatively recent task. It isn’t always measured or incentivised properly, though the forthcoming knowledge exchange framework is aimed at rectifying this. Harassed academics have competing pressures on their time and resources, and collaboration with businesses isn’t always integrated into other activity by management. Longer-term academic work cycles and the fail fast culture in business aren’t easily compatible.

It’s only through proper dialogue between universities and businesses that both sectors can really help each other. The traditional ways of collaborating aren’t innovative or flexible enough to reflect the fast-changing world of work. We need businesses to understand the benefits of partnering with universities, and universities to improve how they work with businesses – but most of all we need the government to ensure that both parties are encouraged to do so.