The contribution of international academics to UK must be recognised, say researchers 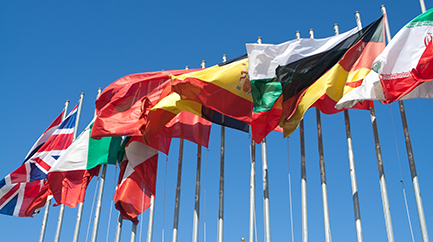 News from the University of Bath

Immigrant academics play a critical role in the UK’s international and national collaborations that bring social and economic benefits beyond academia, shows a new study of the public engagement activities of the UK’s native-born and international academics.

Foreign-born academics record forty per cent more international engagement activities outside of the academic sector than their native-born colleagues. They also make significant contributions to the UK’s public sector, policy, industry and non-governmental organisations through formal consulting and collaboration and excel in providing informal advice, networking and conference participation.

‘Public engagement’ describes activities to share research and expertise with the public, to mutual benefit. The study from the University of Bath’s School of Management, University of Cambridge Judge Business School, and Imperial College Business School, published in Research Policy, is the first to explore geographic patterns of engagement in the UK and internationally between the two sets of academics. It includes a unique and large-scale survey of all UK academics, recording 18,000 responses in 2015.

Compared to recently-arrived overseas academics, those born in the UK take part in eighteen per cent more engagement activities in the UK, with ethnicity and language skills impacting on the ability of overseas academics to contribute. However, this distinction fades the longer that international academics spend in the UK, and is non-existent after roughly seven years.

The research points to the critical role that immigrant academics play in our universities and opens debate on the nature of support that should be offered to enable them to engage locally, regionally and nationally more quickly, such as mentorship pairing programmes for new arrivals with native-born academics or established foreigners.

Thirty per cent of academic staff at UK universities are non UK nationals and the global focus of academia has a long tradition. Over half of research papers published in 2013 by UK scientists had an international co-author.

Dr Cornelia Lawson, from the University of Bath’s School of Management, said: “Our study clearly shows that immigrant academics not only bring their subject expertise to this country, they also play a key role in the UK’s contribution to issues globally. As the politics around immigration has often turned nasty, particularly in light of Brexit, many immigrant academics feel under personal attack, so now more than ever it’s important that their contribution to the UK is recognised.

“Rather than being ‘citizens of nowhere’, as Theresa May suggested in her 2016 Conservative Party conference speech, foreign-born academics are making a positive contribution to ‘global Britain’, engaging locally as well as internationally.”

Professor Ammon Salter, from the University’s School of Management, added: “Immigrants working in the UK university system help to amplify the global reach and significance of our research investments. As these talented individuals become settled in the UK, they deepen their links locally, such that after seven years their pattern of engagement is the same as native-born academics. At the same time, they maintain their international links, suggesting that foreign-born academics provide a ‘two-for-one’ benefit in terms of public engagement within the UK and across international communities.”

You may also be interested in further reports from the survey of UK academics commissioned through NCUB: