Talent 2030 runs a unique tracking exercise to monitor the number of female students entering GCSE and A-Level Physics, as well as undergraduate and postgraduate technology studies. The dashboard contains targets to improve these numbers between 2012 and 2030.

According to the 2015 dashboard the proportion of young women studying engineering and physics has remained virtually static since 2012. Though the percentage of female postgraduate qualifiers has increased, this is largely due to international students. In sharp contrast the proportion of those qualifying in undergraduate Engineering and Technology courses has actually dropped from 14% to 13.7%.

Back to all reports 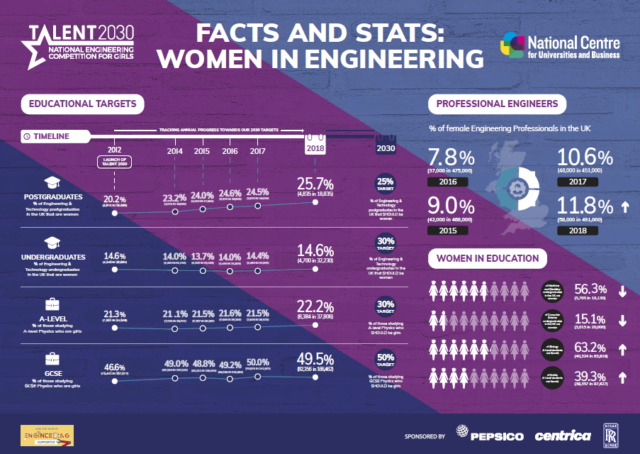