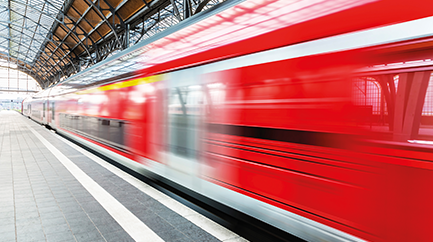 Success story by the University of Birmingham

The Birmingham Centre for Railway Research and Education (BCRRE) is the largest university-based centre for railway research and education in Europe, with a well-recognised global profile for game changing innovation and impact. This year has seen the leadership and work of the Centre awarded a Queen’s Anniversary Prize for Higher Education.

The scale of the Centre and its ability to engage with industry and academia across the breadth of railway technology is unique, with research ranging from the fundamental to the applied. Nearly all its research is conducted in partnership with industry, thanks to a network of over 50 companies from more than 20 countries; from sole trader experts and SMEs, to multi-national OEMs and Global Systems companies.

The Centre has a reputation for world-class education and training programmes for engineering and science graduates and early to mid-career professionals working in the railway industry. Rail companies around the world send their employees to study at the University. As a result of this, many of the top leaders and CTOs of railway companies across the globe were trained through the Centre.

The work of the Centre is aligned with the UK’s Industrial Strategy, as well as global rail priorities. The Centre provides significant benefit for the University – notably through its strong links with industrial partners and influence in regional, national and international priorities – as well as increased student numbers and funding for research. The industry-focused nature of the Centre’s research and education means that its work delivers substantial improvements to the rail industry and benefits for all rail users, from increasing capacity to reducing energy consumption, and enabling cost reductions.

In 2017 the Centre lead a £92m proposition (the first of its kind for rail) to establish the UK Rail Research and Innovation Network (UKRRIN). The unique partnership between industry and academia will transform rail infrastructure across the world and is an exemplar project for demonstrating how HE institutions can collaborate to deliver global impact. The Centre played a vital role in securing the funding, which saw a £28m commitment from the Higher Education Funding Council for England be matched by £60m from industrial partners, including: Alstom, Siemens, Bombardier and Thales.

The leadership and influencing power of the Centre was vital in establishing the network of companies, government bodies and other universities, that constitute UKRRIN. Challenges were posed by the scale of the project, differing goals and working methods of the numerous organisations, and complexity of the proposal. Jo Binstead, Head of Innovation at Siemens Rail Systems and Chair of the UKRRIN Steering Group, said “The launch of UKRRIN marks a ground-breaking partnership for innovation in UK rail and a step change in industrial research investment. By bringing together leading UK universities and industry, we can ensure that developments being made through academic research can be commercialised to deliver transformative changes across our railway network.”