RECOVER: it started with a print 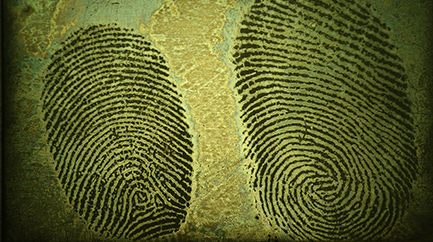 With crime rates rising and the number of solved criminal cases at an all-time low, a serendipitous discovery made at Loughborough University is set to revolutionise forensic science.

“This fingerprint technology will make it much harder for criminals to escape justice.” Former Defence Minister, Harriett Baldwin MP

Work on the technology, now known as RECOVER, started a decade ago – as a chance discovery. A team of Loughborough’s inorganic chemists led by Dr Paul Kelly noticed fingerprints developing on glassware exposed to the fumes created by the process they were running.

A three-way collaboration – comprising the University, CAST and DSTL – was established to develop the game-changing technology.

Global forensic manufacturers Foster & Freeman Ltd (F&F) joined them in 2017, providing the necessary expertise to refine and optimise the technology for the security marketplace.

Dr Roberto King, R&D Application Specialist with F&F, says: “The development of RECOVER shows how important it is with any groundbreaking technology for academic researchers to collaborate with commercial partners. Together, we can transform the initial discovery into a useful, potentially lifesaving commercial entity.”

The device is effectively a low-maintenance compact laboratory. A precursor chemical is heated, and the resulting vapour interacts with surfaces to reveal the latent fingerprints. The user-friendly software makes the complex chemistry behind the technique a simple one-step process.

Current fingerprint recovery systems struggle to retrieve usable prints from surfaces that have been cleaned, exposed to extreme heat or suffered deformation.

RECOVER has no such problems. It yields high-quality fingerprints from spent bullet cartridges, IED fragments and items washed clean or submerged for an extended period. Because it is a fuming process, even the minute gap between sides of metal that have been folded together can be accessed, revealing prints from the inner surfaces.

The images drawn from the prints are high resolution, revealing even minute third-level detail, including pores in the skin – significantly advancing print-matching and identification.

Marking a step change in crime detection, RECOVER has generated great interest amongst the security sector. Some units are now in place, already playing their part in forensic investigations.

To continue the close working relationship and knowledge transfer as RECOVER continues to evolve, F&F are establishing laboratories on the University’s Science and Enterprise Park that will produce the chemical reagent used in the RECOVER process.

Dr Paul Kelly says: “That one fingerprint on a sample vial back in 2008 has inspired activity across campus, not just around fingerprinting.

“We’re excited to see how RECOVER performs in the field, and the impact it has on law enforcement and security worldwide.”