Provision for a better-balanced economy 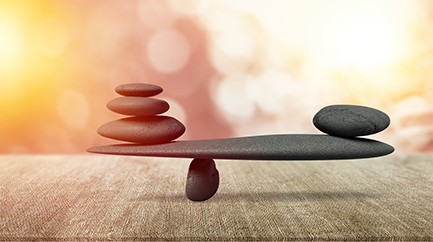 In 2014, the Higher Education Funding Council for England (HEFCE) published data on the hot spots and cold spots of higher education[1]. Since then, much in the landscape has changed – the roles of HEFCE are now carried out by Research England as part of UK Research and Innovation (UKRI) and the Office for Students (OfS) – but has the spread of higher education provision improved?

Areas of concern included: the England/Wales border, the Cumbrian coast, Humberside and North Yorkshire, a stretch from Kent to the Wash, and large portions of the South West. Of course, there are some fantastic institutions in these areas delivering high-quality education and research to their local communities and beyond – as you will see throughout this report.

And more institutions are announced each year; four new universities have been recognised since this HEFCE data was published alone. In 2016, a government white paper on ‘Success as a Knowledge Economy’ outlined reforms to encourage the establishment of ‘new high-quality universities to raise standards and give students more choice’[2]. We see evidence of this in the State of the Relationship case-study from newcomer the New Model in Technology and Engineering (NMiTE) as they explain how they are tackling the delivery of higher technical education and meeting an important need in previous cold-spot Hereford.

This awareness of regional need, and the subsequent meeting of it, will be critical for the future of the UK as a knowledge economy, global leader in higher-education, economy built on ideas and many other aspirations. A lack of higher education in some areas could hamper local economic growth, contributing to the long tail of productivity that the government is focused on correcting.

Distance is a significant factor in the choice of institution – in 2017 69% of the graduating cohort entered into employment in their home region. But 45% of those had also studied there; just 18% of graduates were working in an area they had no prior connection[3]. It therefore follows that areas with low provision are less likely to realise or capitalise on the higher skills of their population, as those students either leave for opportunities elsewhere, or have their choices limited by availability.

Not only is this heavily counter-intuitive to a skills landscape which is so focused on widening participation, increasing opportunity and signposting pathways, but it has ramifications for productivity. The Smart Specialisation Hub has completed significant analysis on this issue in their report ‘Benchmarking Skills and Productivity’ which finds a clear correlation between tertiary (NVQ 4+) qualifications and productivity[4]. However, it is interesting that as the level of qualification rises above Level 4 to the more familiar Level 6+, productivity does not increase as an effect.

Of course, the value of a university to its locality is not just in its contribution to the graduate market. Universities also offer opportunity for mature learning, re-skilling and upskilling. They are providers of higher and degree level apprenticeship training, forging partnerships with businesses. They are also the undertakers and collaborators of research and innovation, and large-scale employers in their own right.

Nationally the higher-education sector supports over 1 million jobs and contributes £21.5billion to UK GDP[5]. The difficulty is in balancing the value of these economic contributions and enabling systems and frameworks which allow growth to be better shared across both regions and industries. Universities – and the businesses they partner with – have extraordinary impact on their local communities and economies and investing in a better-balanced geographic spread would be a strong signal of our faith in, and appreciation of, their role.

This article first appeared in the 2019 State of the Relationship report published 19 June 2019.