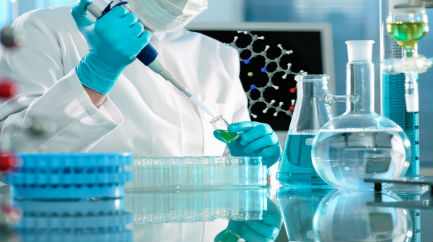 This pioneering new joint venture will support the translation of ground-breaking academic science from within these universities into innovative new medicines for a broad range of diseases.

Each of the three industry partner companies (AstraZeneca UK Limited, Glaxo Group Limited and Johnson & Johnson Innovation-JJDC, Inc.) will contribute £10 million over 6 years to the venture. The technology transfer offices (TTOs) of the three university partners – Imperial Innovations Group plc, Cambridge Enterprise Ltd Limited and UCL Business PLC – will each contribute a further £3.3 million. The aim of Apollo is to advance academic preclinical research from these universities to a stage at which it can either be taken forward by one of the industry partners following an internal bidding process or be out-licensed. The three industry partners will also provide R&D expertise and additional resources to assist with the commercial evaluation and development of projects.

Drug development is extremely complex, costly and lengthy; currently only around 10 percent of therapies entering clinical trials reach patients as medicines. By combining funding for promising early-stage therapeutics from leading UK universities with a breadth of industry expertise, Apollo aims to share the risk and accelerate the development of important new treatments, while also reducing the cost.

The AIC will be advised by an independent Drug Discovery Team (DDT) of ex-industry scientists who will be employed by Apollo to work with the universities and their TTOs to identify and shape projects to bring forward for development. All therapy areas and modalities, including small molecules, peptides, proteins, antibodies, cell and gene therapies will be considered.

Apollo will be based at Stevenage Bioscience Catalyst. Once funded, projects will be progressed by the DDT alongside the university investigators, with other external resources and also in-kind resources from the industry partners as appropriate. For successful projects, the originating university and TTO will receive a percentage of future commercial revenues or out-licensing fees and the remainder will be divided amongst all the Apollo partners.

“This is the first time that three global pharmaceutical companies and the TTOs of three of the world’s top ten universities have come together to form a joint enterprise of this nature, making the Apollo Therapeutics Fund a truly innovative venture.

Apollo provides an additional source of early stage funding that will allow more therapeutics projects within the three universities to realise their full potential. The active participation of the industry partners will also mean that projects will be shaped at a very early stage to optimise their suitability for further development.

The Apollo Therapeutics Fund should benefit the UK economy by increasing the potential for academic research to be translated into new medicines for patients the world over.”