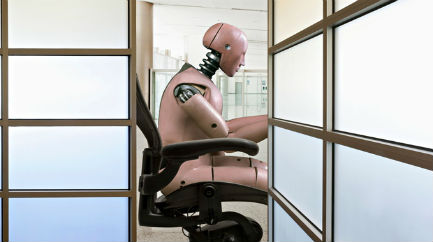 We all know by now that Britain has a productivity problem. The average British worker simply doesn’t make as much stuff as those from other major countries and for all the agreement that something must be done, there is little consensus.

Debates about solutions tend to focus on big ticket national infrastructure policy designed to grandly sweep away obstacles and enable improvement. But the risk is that we obscure practical steps needed at the very heart of the problem.

The UK’s economy rebounded following the global financial crisis, but by 2014 (the latest figures available) our workers were around 30% less productive than those in the US, Germany and France – and their productivity levels were improving faster over time than ours. The Office for Budget Responsibility has warned that low productivity threatens the UK’s economic recovery; whatever you think about the idea of a “global race”, it’s best not to be stuck in the slow lane.   One of the major problems is that these discussions are imbalanced, focusing almost exclusively on nationwide issues such as improving education and training, transport, high-speed broadband connectivity and banking and financial support.

You see, productivity is a multi-level and systemic issue. Take the decision to devolve substantial budgets to local government in Manchester to improve provision of joined-up health and social care in the north-west of England. This has the potential for massive impacts on public sector productivity, as well as on the productivity of large numbers of private sector suppliers.

And so, crucially, we need to improve productivity from within both the public and private organisations. Without this we will continue to languish near the bottom of the G8 league tables. What follows are five proposals which can help.

Senior managers should be collectively responsible for improving productivity. This should be reflected in performance indicators and rewards. Productivity is not really about getting staff to work harder or longer, it is much more about designing working practices, processes and tools that help them work smarter and more effectively.

Improving productivity needs to be an explicit goal, measured and recorded using simple data which are made publicly available in annual reports for shareholders, the government and the general public.

Employees should be empowered and teams developed to take responsibility for improving productivity.

Take the example of a manufacturing plant. Under the “command and control” way of thinking, machine operators are largely unskilled or semi-skilled but there are legions of supervisors, inspectors and maintenance engineers. Direct labour costs are low, but the indirect costs of staffing architecture are prohibitive.

When staff are empowered, the operators working in teams are able up to undertake most (if not all) of these roles. Overall costs are lower and the system operates with higher quality, lower waste, shorter lead times and higher throughput.

This is already happening in many organisations but the deal with staff needs to allow them to directly benefit from productivity improvements through reward and recognition.

If you are going to give staff more responsibility, then they need to be well educated, trained and developed. This is a responsibility shared by the government, through national initiatives, and each organisation. Most employees rise to the challenge, especially when they realise their organisation and senior managers are serious and that it makes them more employable.

Senior managers should focus on well-designed processes and working practices, rather than expecting new technology to solve human problems. It’s tempting to think a shiny new toy will make a factory work more efficiently or make trains leave a platform on time, but it’s the total system that must work effectively.

The idea is that you create a virtuous circle whereby empowered staff become more knowledgeable, motivated, competent and productive. Simply introducing new pieces of technology is not the answer. As Jim Norton, board member of the Parliamentary Office of Science and Technology, said in 2006: “There is no such thing as an IT project.”

Instead, there should only be “improvement projects” to boost productivity which change systems of working and which are likely, of course, to include a technology component.

Companies should be structured to encourage interaction, creativity and innovation among staff and with customers. It doesn’t just sound nice; it makes a difference. Consider a company that sells aeroplane engines worldwide and is changing its business model to “power-by-the-hour”. The company used to sell the engine and then sell separate maintenance contracts. Now, from the outset of a project, it signs deals to supply power over a lengthy operational period and it must predict maintenance costs for the lifecycle of the engine.

The knowledge held by maintenance engineers and customers around the globe is essential to predict and reduce lifecycle costs. The designers need to develop and share social networks with maintenance staff, and with customers. That way, you get interaction, creativity, innovation and ultimately, increased productivity.

It boils down to ending the command and control culture and giving frontline staff the opportunity and motivation to deliver high quality products and services on timescales that delight customers. These proposals aren’t a quick fix, but there is hard evidence that they work. These changes will also contribute to the apparent, current political consensus that we need to work towards a high-skill, high wage economy.

Above all, perhaps, the UK needs an understanding of the systemic problems of productivity. That will bring an acknowledgement that to boost productivity, we have to make multiple, coordinated interventions at multiple levels. No single policy, individual, group or profession will capture or understand all the elements and interactions in complex systems like this. And that means government and business having the patience and bravery to bring people from all levels into the project to make it work.

This article was originally published on The Conversation. Read the original article.