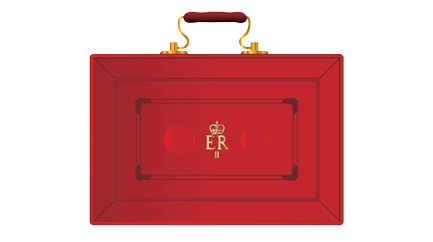 By Andrew Basu-McGowan, Policy Lead for Innovation and Place, National Centre for Universities and Business

This Budget is the last fiscal holding of the breath before Brexit with low expectations for particularly significant interventions. Either we prepare for some variation of a Brexit deal, and calibrate spending plans accordingly – or we batten down the hatches for the more unpredictable outcome of no deal, and build in contingencies to suit. And with the Comprehensive Spending Review on the horizon, this Budget could have been a fairly limited damp squib.

Pre-announcement expectations of belt-tightening haven’t, however, rung entirely true. And we see a series of interesting interventions – some new, some re-funded – which are perhaps as critical for the direction of travel they suggest, than their present detail or monetary heft.

Firstly, it must be said that the OBR growth forecasts are slightly underwhelming. From 1.6% in 2019, through some fallow years at or around 1.4% with a recovery to 1.6% expected in 2023, these numbers are not especially enthusing – growth is, in a way, mired in the public convenience. But it is in this context that we must evaluate some of the activity in scope for university-business collaboration that the red book teases out. Whilst the Departmental allocations in the face of Brexit which are expected later this week will also be fascinating, first-shot reflections seem to indicate that serious potholes have been avoided, in more than one sense.

In the context of the National Centre’s own work on the commitment to raise investment in R&D to 2.4% of GDP by 2027: the Budget includes significant further sums for present public interventions. Since 2016, the government has trumpeted an additional £7 billion in research and development, the largest increase to R&D in 40 years – as part of this Budget’s investment in R&D, the Government will increase the  Industrial Strategy Challenge Fund (ISCF) by £1.1 billion, supporting technologies of the future. Scale is, as ever, critical – but the continued investment in the ISCF sends a positive message. With a focus on electric motor technology, quantum computing and nuclear, some big challenges are being taken on. Ten new university enterprise zones also speak to the critical work being down in the innovation space between higher education and industry, and Government’s recognition of their role in driving growth.

“With a focus on electric motor technology, quantum computing and nuclear, some big challenges are being taken on.”

We have also made clear that we feel other creative solutions are required to address the 2.4% conundrum. In our correspondence with the responsible officials in the Department for Business, Energy and Industrial Strategy, we posited a more inventive use of defined pension contributions to create a pool of risk capital to invest in high-growth R&D intensive businesses with higher risk profiles. So we are heartened to see that through the British Business Bank (BBB), the Government will support pension funds to invest in growing UK businesses.

We note that pension providers in the UK have committed to work with the BBB to explore options for pooled investment in patient capital. This is a positive step. We look forward to the FCA’s discussion paper, expected by the end of 2018, to explore how effectively the UK’s existing fund regime enables investment in patient capital, and will monitor the ongoing work of HM Treasury’s Asset Management Taskforce to explore the feasibility of a new asset fund of this type.

Similarly, the additional £120m for the Strength in Places Fund (SIPF), extending the programme to 2021-22, looks to reinforce not just the valuable collaborative cluster formation the Fund is designed to catalyse, but also the idea that excellence and place are still at the heart of Government thinking; UKRI and Government itself will no doubt look to back this up with a deeper supporting evidence base for SIPF bids, and a clear articulation of regional complementarity, skills needs and productivity gains from bidders. It’s also interesting to hear the Chancellor speak of devolution before rebalancing – at least at first glance – and the return of the term ‘regional’ to the place-based lexicon – even if only in the context of the Northern Powerhouse and Midlands Engine – is a welcome and perhaps overdue flexibility. We know more is coming in regard to not just these geographies, but also Local Industrial Strategies, and we will monitor with a high degree of interest.

Further, reform and funding of the Catapult network continues apace – hot on the heels of the merger of the Future Cities and Transport Systems Catapults comes £115 million to extend funding for the Digital Catapult and the Medicines Discovery Catapult. This builds on the £1 billion in long-term funding already committed to the broader network of Catapult centres located across the UK. The value of the Catapult network is abundantly clear – additional funding and rationalisation will help to deliver against their ambitions more fully.

The National Productivity Investment Fund is getting more significant uplift – from £31bn to £37bn. The Transforming Cities Fund is a key benefactor, with six metro mayors getting decent chunks of cash to plough into transport, with £440m more available for ten city regions to compete for.

The new £50 million per year fund designed to address pressing challenges in areas such as public health and cyber security could perhaps resonate with NCUB members, pending more detail. The fund will focus on joint programmes between government and industry, and will begin in 2021-22 – and as such is a longer-range effort.

“We’ve been clear that NCUB places a high premium on access to world class talent, particularly in the context of Brexit.”

We’ve been clear that NCUB places a high premium on access to world class talent, particularly in the context of Brexit. Whilst this year’s principal fiscal intervention was never going to resolve elements of Home Office competency, we are pleased to see money being found to attract, retain and develop world-leading research talent. £50 million in new Turing AI Fellowships to bring the best global researchers in Artificial Intelligence to the UK, and £100 million in an international fellowship scheme, are small but helpful (and hopeful) signifiers of intent. As ever, we look forward to the detail.

As we do, of course, over the announcement of a mental health crisis team as part of the NHS 10 year plan – especially resonant for us in the context of NCUB’s digital health report and our work on student wellbeing. Our Degree Apprenticeships Conference, coming up on November 8th will explore progress in this space but the Chancellor remained upbeat and committed to delivering 3 million degree apprentices in this Parliament; smaller firms taking on apprentices will have the proportion of cost they need to absorb reduced to 5%.

This is a relatively brief, on-the-whistle digest of some – far from all – of the interesting measures for NCUB members in the first Monday Budget since 1962. Over the coming days we’ll embark on deeper examination, including on some possible omissions. But it seems clear that Government recognises the critical nature of university-business collaboration in delivering against the largest-scale challenges and ambitions that occupy Whitehall at present.